Programming Comfort Zones and Steps Beyond

One year ago, my coworker Lindsay and I signed up for a NOLA Women in Technology-sponsored event at iSeatz to learn the basics of coding through an introduction to Ruby on Rails. I enrolled for two reasons: to better understand what the hell the software developers were talking about in meetings, and because Lindsay made me go. 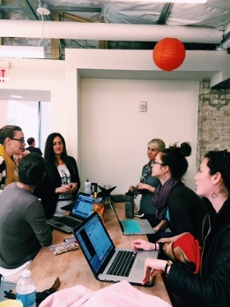 I really didn’t have any interest in learning how to code, and to be quite honest, programming intimidated me. I was a Junior Project Manager at the time, just getting my bearings one year out of college. The programmers at our company, although super friendly and eager to explain things, scared me. Each of their multiple monitors were filled top to bottom with language dense enough to make my head explode. So, when she “suggested” I go to this workshop, I was less than eager to spend my entire Saturday in an office only to clean my brain off a desk.

We were split into groups, each with our own iSeatz spirit guide, and were given tasks between mini-lessons. Within the first hour, we learned to use the command line, at which point I shot a message to Lindsay via Slack to say, “Maybe I should reconsider my career…this is awesome!” I was hooked, and started looking around at the women in the room as my peers. Who were they? Why were they there? They didn’t seem to be forced by their coworkers to participate. Directly next to me was a woman in her 40s who quickly completed the “Move the Wizard” game in our lesson, then moved on to work on what looked like a personal project. Across from me was a panicked attendee pleading with our spirit guide to show her how to resolve an error (semi-colon, duh). There were women there of all walks—some talked about going to hack night every week, others had never seen the command line, others spoke fluent CoffeeScript.

During lunch, I got to know the other participants to find out what was motivating them to attend this workshop. I met a woman who spent her last 15 years running multiple bars in town, managed a restaurant, had three young kids, and finally got fed up with her crazy hours and unhealthy work environment. She quit her job and wasn’t sure where to turn. Her brother in law was a software developer in Austin, who suggested she start courses on Codecademy. She heard about WIT through Facebook’s NOLA Tech group and signed up for every workshop available. I asked her if she was looking for a full-time Developer job or just to work freelance. She said that she’d take whatever she could get, as long as the hours were good and she could spend time with her kids.

When I told the others that I worked for a software development company, their first question was- are any of our programmers women. Unfortunately, we haven’t employed any female developers—and at the time, I was only one of three women at the company. This wasn’t because of discrimination against women applying for a position as a developer; we just hadn’t had any apply.

Of all professional computing occupations in the 2014 U.S. workforce, only 26% are held by women. Although New Orleans boasts a relatively stellar 36.5%, we are still fighting an uphill battleto reach legitimate gender equity in tech. Considering that more women graduate with bachelor’s degrees than men, there must be some discrepancy.

How did we get so far from Ada Lovelace’s legacy? Ada, widely acknowledged as the world’s first computer programmer, was encouraged by her mother to study mathematics in lieu of poetry. Ada’s mother didn’t do this because she could see the future industry-gap, she did this because she didn’t want her daughter to follow in her father Lord Byron’s poetic footsteps. The National Center for Women and Information Technology have identified that the issue lies in education. Only 18% of women who receive their bachelor’s degrees studied Computer and Information Sciences. Programs such as Girls Who Code and New Orleans’ own Electric Girls have started to ameliorate this problem early—providing programs for girls to learn applied math and science. These programs are truly incredible, and I am so happy to think about my future daughter enrolling and getting the head start that I didn’t. 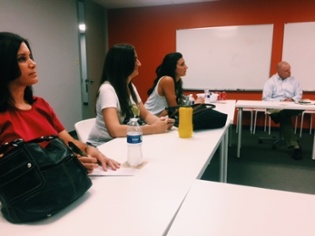 So what about these women who were not encouraged to pursue computer sciences and mathematics? Many of them have made their way to these WIT workshops. The same goes for the new Tech Talent South classes, and Operation Spark, who welcome students of all ages and genders. I’ve attended multiple WIT workshops, as well as a TTS course, and within a group of women, there is a common sentiment of comfort, solace, and safety. That’s not to say that these women are afraid of men, but in an industry where we are the profound minority, it is understandably intimidating to sit across from two men who present themselves as “experts”, and then explain why we are qualified for a job. The women-only workshop is a fantastic resource and opportunity to widen your skillset and meet incredible peers. However, it is also important to be reminded that we are just as capable as men. My mother used to remind me that “The proof is in the puddin’”, and I continue to use this as a mantra when others have low expectations of me based on age, gender, or on nothing at all.

Women should absolutely continue to go to women-only workshops, but they should also attend coed workshops, hack nights, happy hours, and apply for jobs that may only have male developers. I have been to coed events and have been genuinely welcomed. The men there are excited that women who did not study CS, who are self-taught, who hustled, and worked their asses off pivoted their careers. I would love to see more of the women who participate in WIT workshops at these coed events.

It really does not matter your gender or what you studied in college. To build on my mother’s saying: “the proof is in the GitHub.”