Female Fish in a Big Pond: Swimming Upstream as Women in Tech

As a young girl, Ada Lovelace dreamt of flying.

While her physical ailments at the time kept her largely indoors, her agile mind gave her the freedom to go “about the project methodically, thoughtfully, with imagination and passion.”

She proceeded to put together plans for a steam-powered flying machine fifteen years before one would be patented. Already an innovator at age twelve, Ada Lovelace would go on to become widely recognized as the world’s first computer programmer. 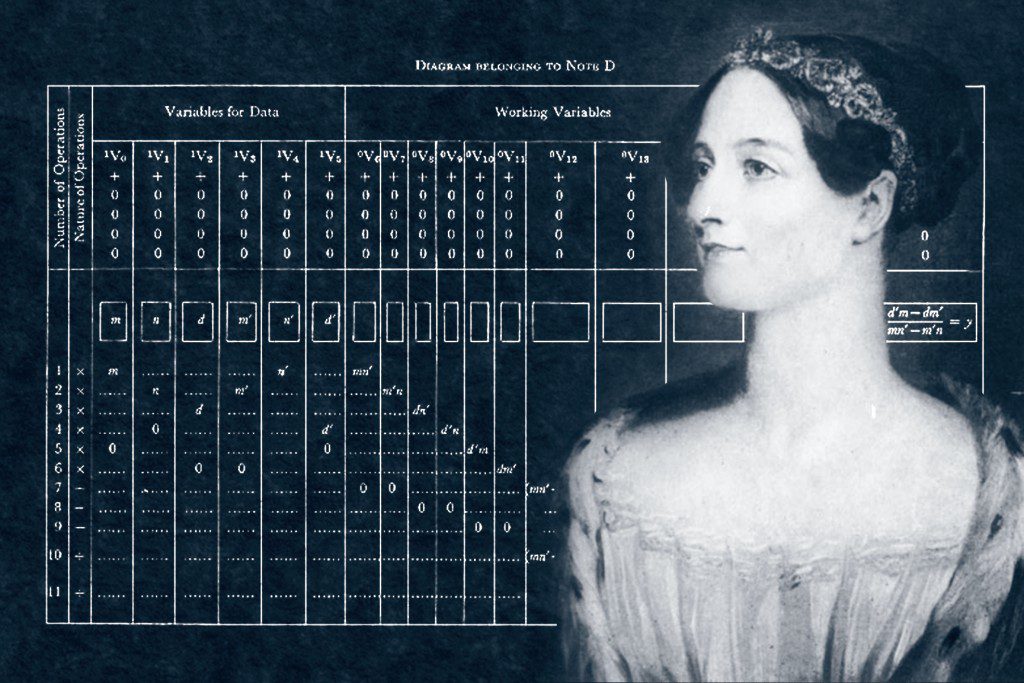 What makes this story more remarkable is that Ada lived in the mid-1800s. She had the advantages of an aristocratic education and a mother who believed that math and science could protect her from her father’s more unpredictable, creative nature.

We can only imagine what the statistics were for women in technology in Ada’s time, and we can only wish that they were better now, 164 years later. According to the National Center for Women and Information Technology, 26% of the computing workforce in 2016 were women and only 3% were African-American women.

“There are times and places where it is better to be a Big Fish in a Little Pond than a Little Fish in a Big Pond.”

This is based on the idea of relative deprivation, which states that we naturally compare ourselves to others in our personal orbit to gauge our own deprivation or possession of whatever is being measured. Studies have shown that our perceived ability can have just as much impact on our performance as our actual ability – and our unfortunate stereotypes of women versus men in science and math play a role in that, despite the fact that numerous studies have shown that these perceptions of women have more basis in social and cultural influence than actual ability.

In the chapter on the “Little Fish in a Big Pond”, Gladwell focuses on a female science student at Brown University. A couple of years later, Brown published a three-part series exploring the history and current state of women’s role in Science, Technology, Engineering and Math (STEM) education. In this series, they explore how isolation and a lack of role models can affect a woman’s experience:

“My first year, I constantly felt like I didn’t belong in a field that I desperately wanted to belong in…I would find myself counting in lecture to see how many people looked like me.

I’m definitely hesitant to ask questions because I don’t want to put myself on the line as much.

I feel like I have to be a representative of my gender … like if I ask a dumb question, it’s not just me as a person asking that. It’s me as a woman.“

The article goes on to quote Jill Pipher, one of two female professors of mathematics at Brown: “There’s research out there that shows that until the percentages for an underrepresented group get to around 25%, these members will feel very uncomfortable.”

Furthermore, the resulting stress and anxiety from feeling this discomfort can actually strain our working memory, negatively affecting performance.

A Deeper Dive into GNO Tech

We live in a city that, while proudly ranked #8 for women in tech in 2016, is an oasis in a state with the second largest gender pay gap in the country, with women earning only 65 percent of men’s wages – for African-American women, this drops to 48 percent.

These inequities continue on into small business loan funding (only 4.4 percent goes to women-owned businesses) and venture capital funded businesses (only 7 percent are women-owned startups). Interestingly, nationally, “38 percent of the gap [is] unaccounted for, leading researchers to conclude that factors such as discrimination and unconscious bias continue to affect women’s wages.”

Not only have I felt this discrimination and unconscious bias myself as a female founder, but I consider it on a daily basis in my work as Director of Venture Excellence at Camelback Ventures, a pre-accelerator that specifically works with underrepresented entrepreneurs – predominantly people of color and women.

Whether we’re talking about adult entrepreneurs or children who want to be scientists and computer programmers, genius is equally distributed across gender, race, and class – opportunity is not.

At Camelback Ventures, our mission is to bridge the implicit and explicit opportunity gaps that these underrepresented innovators face by providing coaching, capital, and connections. Through stronger leaders and ventures, we can begin to disrupt the status quo of pattern recognition.

The 45 women nominated in 2016 for the Ada Lovelace Award have made enormous strides towards disrupting that status quo in GNO Tech.

It is so important to make space to support and celebrate these underrepresented innovators and changemakers.

It is so important to recognize that despite the momentum that comes from pursuing your passion, if the current isn’t flowing in your favor, you do have to swim harder and longer.

Gold-medal swimmer Simone Manuel, who broke barriers of her own at the 2016 Olympics.

So how can we make this easier for future generations?

We must build the pipeline of future women in tech.

We must have role models and mentors who look like us.

We must have others supporting us alongside and ahead of us to help navigate.

We are lucky to live in a city full of innovators and do-gooders who are doing amazing work on all of the above to turn the tide – innovators and supporters such as LookFar and their Ada in Training, a young woman named Hazel Smith who has already begun to educate younger students on STEM topics.

Look to New Orleans Women in Technology’s events and workshops for all ages (not to mention much-needed women-only coding workshops); Electric Girls and their opportunities to tinker, or mentor the tinkerers; Operation Spark and its coding classes for low-opportunity youth, and Rooted School, a charter high school that prepares students for entry-level jobs in high-demand sectors such as digital media.

Finally, we must acknowledge the extra endurance and strength it still takes to overcome implicit obstacles.

The 2016 Ada Lovelace Award nominees are proof that it is possible to swim upstream, and as Ada dreamt, it may even be possible to fly.

Nominations are now open for the 2017 Ada Lovelace Awards

Join us to celebrate by nominating an exceptional co-worker, leader, or friend.