2016 in Southern Startups: Stories, Rounds, and What Comes Next

We’ll always remember 2016 as the year of Pokemon Go, the Cubs World Series, and the wackiest ever presidential election. But how did the Southern startup community fare in 2016? We’ve put together a quick recap of the highs and lows from the past year. 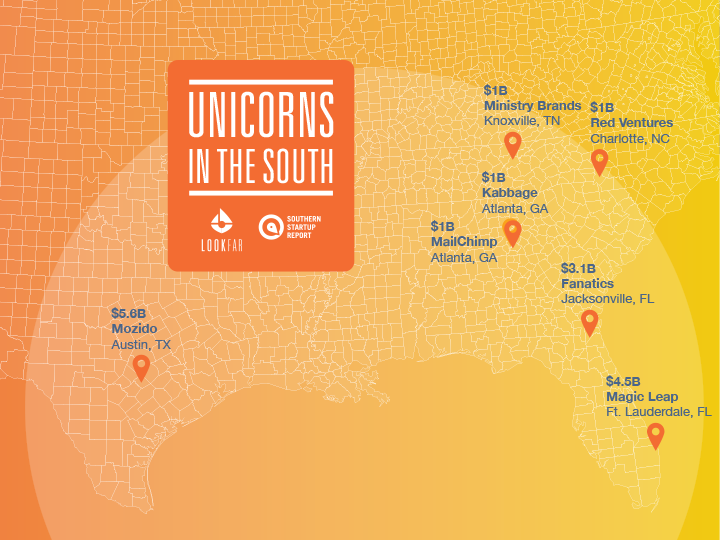 The South’s herd of unicorns has now grown to 7. Knoxville-based Ministry Brands retained Bank of America Corp. to explore a sale of the company at a projected $1.5B valuation. Ministry Brands is backed by private equity firms Genstar Capital and Providence Equity Partners and provides SaaS tools for churches and faith-based organizations.

MAY: Inaugural The Bridge: Atlanta Program Kicks Off

2016 was a startup rollercoaster for the South, but by and large marked a year of progress for existing hubs, and the emergence of new ones in Birmingham and Chattanooga.
Startups have flourished and died; raised rounds and merged, but have proven beyond a shadow of doubt that even overlooked Southern cities can provide solid foundations for high-growth companies to grow and thrive from fledging ideas into billion-dollar dynamos.

It’s been our honor keep you up to date with this incredible corner of the US in the Southern Startup Report. Watching these storylines appear and grow has been one of the most exciting parts of our work here at LookFar, and we can’t wait to bring you the best of the Southeast in 2017! If you’re interested in receiving the best Southern startup news in your inbox twice a month, subscribe to LookFar’s Southern Startup Report.