Birmingham Rising: Sloss Tech and Other Signs of Potential

If you work in the tech industry, and you don’t live in The Bay, you are part of a race.

You may not have realized you signed up to run it, but if you’re earning a living in the digital economy, you are part of a nation-wide sprint: the race to become the “next Silicon Valley.”

As a New Orleans-based tech company, LookFar is part of the push to build NOLA into a national technology hub. Regional expansions by established companies like Gameloft, the rise of homegrown startups like Zlien and Mobilequbes, and landing a premier tech conference in Collision have all been big wins for New Orleans. Even beyond their direct impact on our company, these gains uplift and promote our region and mission and help make a case for our small, Southern city that often gets lost in a narrative that weaves straight from Austin to Raleigh.

Last week I attended Sloss Tech – Birmingham’s first ever tech conference. And it hit me – every single metro area of size is fighting the same fight as New Orleans. It’s the fight to survive in the 21st century; the fight to attract or build today’s most innovative businesses, and support the high-earning employees that work there. Some are making spectacular strides, some still have some ground to make up, but most of non-Valley America is in the mix.

My time at Sloss Tech left me feeling that while Birmingham has a long fight ahead of them, their odds of success are trending higher. Here are a few reasons why I think you should bet big on The Magic City. 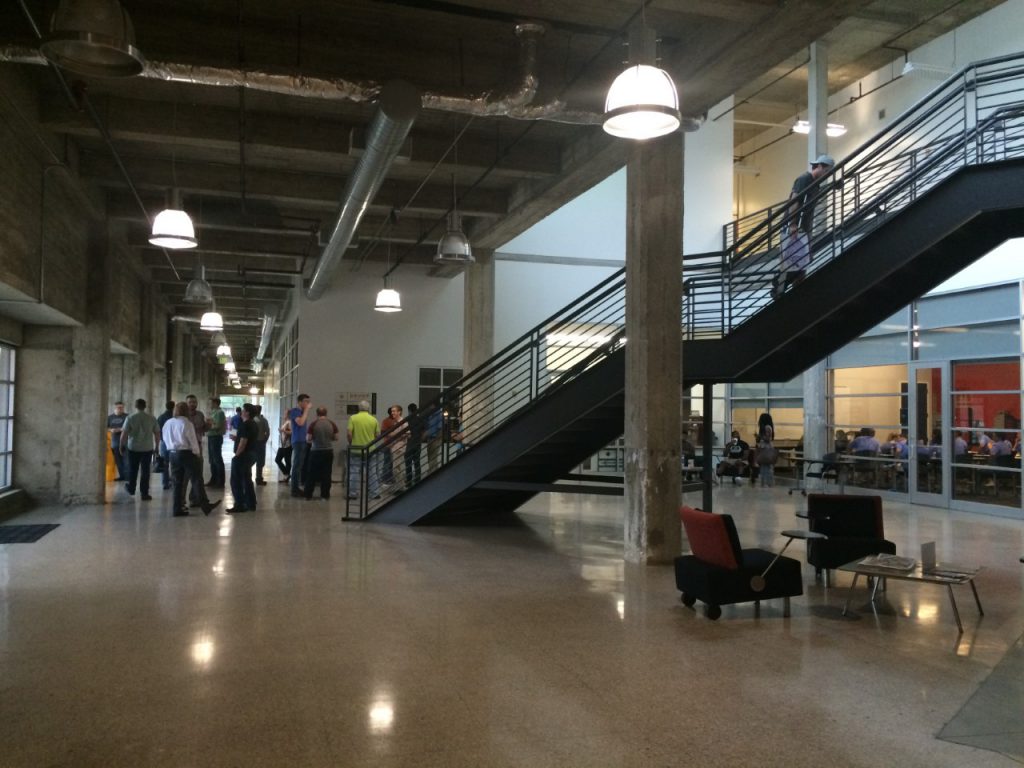 The next big step forward for Innovation Depot is Velocity, their accelerator program, which kicks off this fall. I can’t talk specifics but the program is extremely impressive and on-par with the top accelerators in the country. Velocity uses the TechStars Playbook, and Innovation Depot is already in the process of raising a significant fund to help with follow-on funding for Velocity graduates. Startups in rising ecosystems are in desperate need of both general support and some cold, hard cash. Innovation Depot is providing both.

As Sloss speaker Gary Vaynerchuk put it on Friday: “It’s not whether or not a great company will get started in Birmingham, it’s whether or not the city will have the resources and community to convince them to stay.” It’s a struggle that smaller startup hubs – including New Orleans – are all too familiar with.

Great startups come from everywhere, including the South, but many of them end up relocating to San Francisco or New York in search of much-needed capital, talent, or connections.

Birmingham has the cohesion to build a true support system that keeps startups local for the long-term. Innovation Depot is a part of that system, but universities and research institutions, coding schools, economic development organizations, and design and build firms are all important aspects of an entrepreneurial ecosystem.

Kathleen Hamrick, Director of the iLab, mentioned that one of their key initiatives is helping younger companies secure business from the local established players. Having the support and “buy-in” of larger local entities like Regions Bank or University of Alabama – Birmingham makes the early days easier for little guys.

The Birmingham tech community also made it possible for Sloss to host to a first-year tech conference that included poignant video, A-list speakers like Scoble and Gary V, and pretty killer swag. The sponsor list was long, but each one of the sponsors brought something to the table, creating an experience that seemed much more like a fourth-year expo than an inaugural, planned-in-one-month production.

While jobs and businesses are important, millennials value culture when considering where to live. This is why cities like Austin, Portland, and Nashville (and New Orleans) continue to lure droves of young professionals while other cities struggle, despite having similar (or better) economic prospects. It’s time to add Birmingham to that list of Millennial magnets. 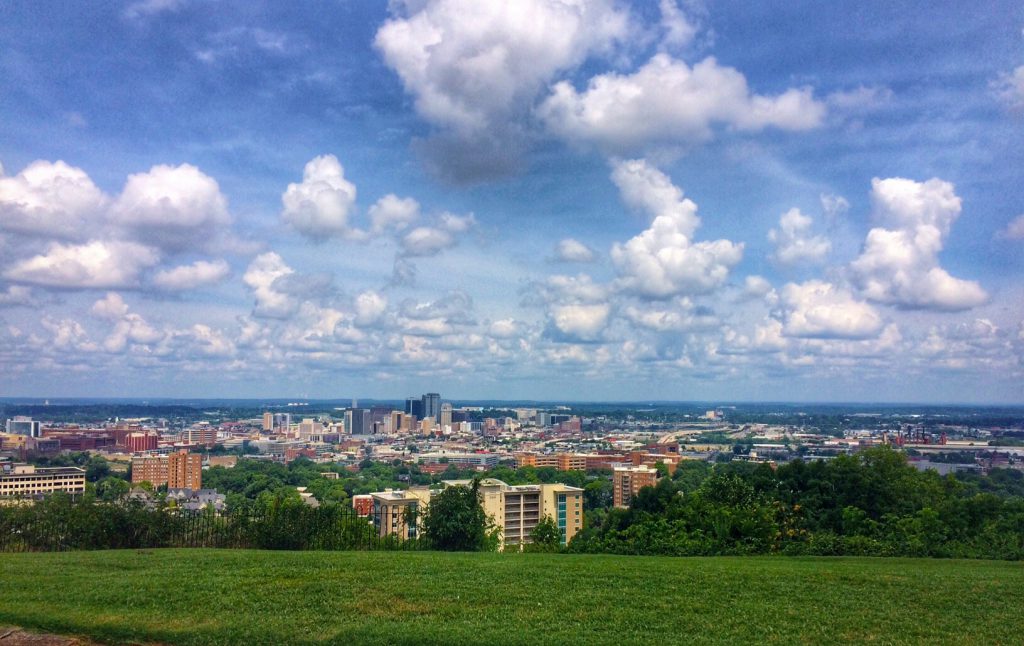 Birmingham’s cultural credibility is growing rapidly – Alabama bands like Alabama Shakes and St. Paul and the Broken Bones are getting national attention and Sloss Fest (Sloss Tech’s music and arts-oriented sister festival) just finished up its second year. Birmingham restaurants are increasing their presence at the James Beard awards – 5 local chefs were nominated this year – and a nascent craft brewing scene has spawned half a dozen local breweries and tasting rooms.

In a frank conversation with Andy Grignon after the conference, he reiterated one key point of difference about the South – your dollar goes further. By moving to Birmingham, or perhaps just working with a Birmingham-based team, Silicon Valley startups that raise a modest sum of money can stretch their money further.

Businesses that get wise to the huge cost savings available in our own country will be poised for success. And the employees at these companies will be able to live much more comfortably. This house, located in bohemian Five Points, with a view of the city, is under $200k. With housing rising in the country’s traditional tech hubs, employees who are ready to buy homes and start families may find that options in more affordable metros give them a better quality of life.

Birmingham needs a big win. So do all cities running the startup race. A single, hugely successful company can put a small city on the map. Right now, Birmingham’s darling is Shipt, a grocery-delivery company that is rapidly expanding and is already a feature of the downtown skyline. Shipt CEO Bill Smith is a veteran Birmingham entrepreneur with two exits under his belt, and he is committed to keeping his business right where it is. Shipt is exactly the flashy, competitive, and customer-focused startup that has the potential to transform a city. Just behind Shipt are startups like PackHealth, Atlas RFID, and Platypi, which are also moving beyond Innovation Depot and into larger spaces for growing teams. In the background, UAB is helping a growing number of healthcare-focused companies get off the ground. 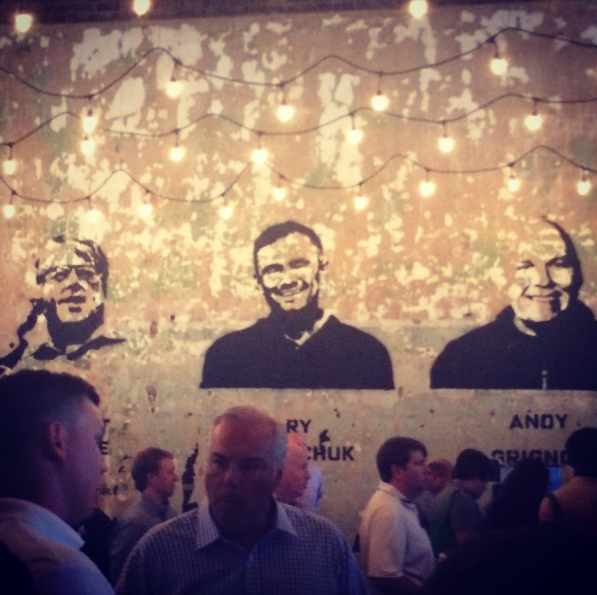 Overall, the mood at SlossTech was…ready. Ready for change and growth. One of the speakers was asked candidly “what are our chances of, you know…making it.” He was frank and replied simply, “it’s going to take a lot of work.” However, I saw a community that was ready to put in that time and effort.

While some might say that the city’s size or the fact that mergers and acquisitions have cut their list of Fortune 500 companies, is a downside to investment there, I believe both factors have only made them more formidable. Birmingham is a community with zero distractions and both eyes on the prize.

I’m looking forward to my next visit and seeing where they go from here.