LookFar Stories: Founding, Funding, and Growing a Startup in College

Blake Butterworth is a front-end developer here at LookFar. He’s a New Orleans native and recently graduated from LSU with a degree in Computer Engineering. 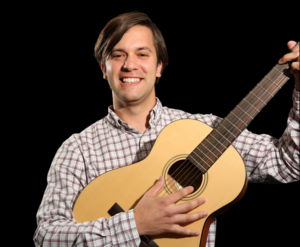 Despite being one of the younger members of the LookFar team, he’s also a savvy entrepreneur – Blake launched Hopshack with Austin Slakey, a fellow LSU student, while the two were in college and went on to take the company through a successful Kickstarter campaign.

With New Orleans Entrepreneur Week nearly upon us, there’s no better time to start telling some startup stories. We sent Blake a few questions about his side project and got some answers that shed light on what it takes to get a successful company rolling as a student founder.

Q: What is Hopshack? Why did you start building it?

Hopshack is a fun project that my buddy and I started that turned into a suspiciously legitimate company. It’s a simple beer encyclopedia app, geared towards those with new and budding interests in the world of craft beer. Both of us were computer science students, very much interested in tech and its new applications.

In the beginning, we wanted to make a mobile app for the sake of making an app. We wanted to learn what it took to make a commercial mobile app. Like a lot of college students our interests were broad and naive, but super intense. We wanted to be able to write all of the native iOS and android code, create and maintain the database, write the API, do the graphic design work, and do all of the marketing. Well – to say that we wanted to do all of that makes us seem overly ambitious, but really we just didn’t know that half of those things even existed, much less were actual tasks that we needed to complete.

Q: Plenty of people want to start companies, but very few actually do. What was the moment you had when you decided to create something?

Really, by giving ourselves no other choice but to get fully immersed in the job. It’s strange how little you can get done, even if you badly want to, without a significant commitment. At a certain point we got really fed up with after-school brainstorming sessions that never led to actual progress. It became clear that if we ever wanted to make something that we were actually proud of, we would have to work on it full time. We saw a window of time (Summer) where we could possibly pull it off without going broke or putting school too far off track, and we decided to shelve our other plans and go for it.

Q: What did the Hopshack team look like? what parts of the company did you handle?

Hopshack looked like my buddy and I on our MacBooks in our parents’ dining rooms. Towards the end of the day we’d start drinking beers and making syntax errors in our programs. He handled the android app, I handled the iOS app, and everything else we collaborated on. After about a month of working full time we got another friend to come in who was responsible for graphic design and marketing.

Q: What was your greatest tech hurdle?

Early on the greatest tech hurdle was learning the objective-c language, specifically apple functions and methods. An update would arrive and break your whole app because the function that you learned how to use got deprecated. Later I spent a lot of time learning to make the API calls and JSON parsing in objective-c. Also, threading processes so that the app didn’t run too slow. 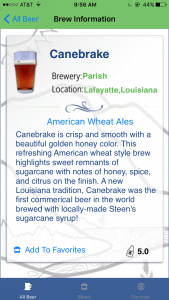 Not having a tech mentor can really slow things down.

Q: So, one really unusual thing you did, at least for a couple of college founders, was to actually head out in search of capital. When did you make that decision, and how did it go?

So, at a certain point in the summer the fear of a missed opportunity became real. A growing startup that was doing an on-demand beer delivery service showed some interest in teaming up with us; they told us to come back when the app was finished. Around the same time I was realizing that we weren’t going to be able to finish the app by the end of the summer without some serious help. We went to a local investor for advice and funding, and he steered us towards the crowd-sourcing direction.

We left his office with the idea that seed funding from him would just be a short term solution, and wouldn’t ultimately benefit us or our company. If he gave us the relatively small amount of money we needed, we wouldn’t get the chance to gauge public interest in the app and get feedback for which features were exciting to people and which weren’t. Because of this, we instead decided to try raising money off Kickstarter, which eventually shaped the features of the app and allowed us to get a clearer understanding of what we were building.

Q: You guys actually – as far as I know – hold the crowdfunding record for an app built in Louisiana. What did your Kickstarter campaign look like?

From the time we decided that we were going to do a Kickstarter we went way deep into the social media thing. We split up the networks – Reddit, Tumblr, Twitter, Instagram, and Facebook – between the team and got very, very active. 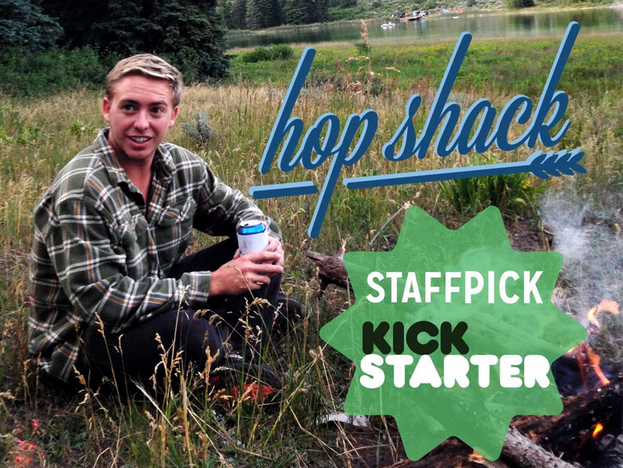 For example, on Instagram we’d follow a few hundred people a day who posted with the hashtag “beer”, and then we’d comment and like their posts. We’d do similar things for the other networks. It was fun to do for a few weeks, and we got really engaged in the online community, but it’s definitely a rabbit hole. Don’t spend too much time down there.

Next, we put a lot of energy into making our video as professional and as polished as we could. For this part you need to find or hire someone with serious experience. Luckily, Hopshack’s third member, who was helping us full time at this point, is a talented writer and musician. He was able to write our script, and he created the song for the video. His sister is into photography so we got her to shoot the video for us, and we had another friend help with the editing.

Q: I think one interesting thing about the crowd raise is that it really put some pressure on you to actually develop the app fully instead of just treating it as a college project. Did your experience as founder change after the successful round?

So the Kickstarter thing was by far the most fun process of the whole experience. After spending a month and a half pulling our hair out with code, we got to get creative and really think about our branding and marketing.

Then after that we got to share with our friends and families what we had had been working on, and then not only get support from them but also complete strangers that we engaged with through social media. It was really just the best.

Q: What were some pros and cons of being a student founder? Do you have any advice to any of the many local students also currently working on a personal venture.

Yeah, the biggest pro about being a student entrepreneur is that you can completely fail and no one will care, because everyone will already be expecting it. The con of being a student entrepreneur is that your interests and values are going to shift and fade a lot. If you’re a student looking to start a personal venture I’d recommend making sure that you have a genuine interest and passion for the work you’ll be doing. Maybe when you’re thinking of the idea ask yourself “will this still be something I’ll be really interested in doing 2 years from now after putting a few thousand hours into it”

Q: What is Hopshack’s current status and future plans?

As of this month Hopshack is taking a brief hiatus from the app store, so that I can stop spending time on maintenance and focus on a full out reboot. We’re basically throwing everything out except our database, and rethinking how we want the user to interact with the app so that we can make the process of learning about beers fun and rewarding – while keeping it extremely simple. We’re shooting to have it ready for this coming Summer.

Mental Models in UX Design Why Conduct a UX Review